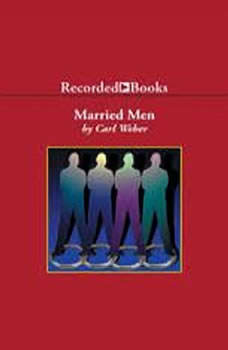 Carl Weber is a recipient of the Blackboard Bookseller of the Year Award. Married Men is a fresh and funny take on modern love that has been described as Waiting to Exhale on testosterone. Lifelong friends Kyle, Allen, Wil, and Jay all make mistakes in their marriages-and all get kicked to the curb by their wives. What follows is a wild ride with stops in sleazy hotels, divorce court, and even jail. In their adventure, fueled by Viagra® and lovely young ladies, the four men always have each other to lean on.