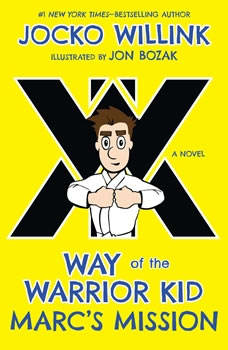 Marc's Mission: Way of the Warrior Kid (A Novel)

Series: Way of the Warrior Kid #2

This program is read by Thor Willink and the author, with Rana Willink and Zisa Willink.New York Times-bestselling author Jocko Willink delivers a second powerful and empowering Way of the Warrior Kid audiobook about finding your inner strength and being the best you can be, even in the face of adversity in Marc's Mission.