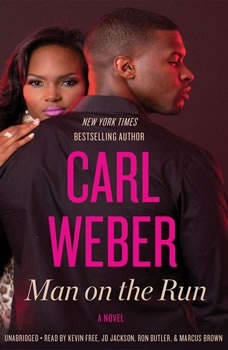 Man on the Run

New York Times bestselling author Carl Weber delivers a riveting, action-packed drama full of the twists and turns for which he's become known. It was the night before his wedding, fifteen years ago, that the nightmare began for Jay Crawford--locked up for a crime he never committed. Now, he's escaped prison and wants nothing more than to clear his name and protect his family. To get justice, he'll need the help of the three best friends who have always had his back--Wil, Kyle and Allan. But a man on the run requires absolute trust...and Jay may just be setting himself up for the ultimate betrayal.