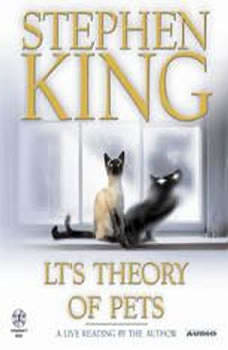 A Rare Live Stephen King Recording! Stephen King delivers a haunting, heartfelt performance as he shares a story about the bonds between husbands, wives and pets. LT has a theory about pets, particularly his Siamese cat. It had been their cat not just his cat, but that was until he came home one day to a note on the fridge. His wife had left him. The cat stayed behind... Recorded live at London's Royal Festival Hall, LT's Theory of Pets demonstrates yet again that Stephen King is a master storyteller.