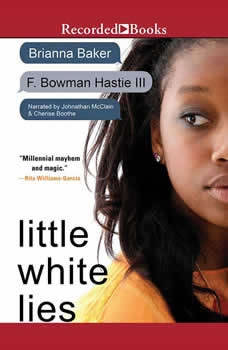 Having achieved fame and thousands of followers with her Tumblr expose of her brilliant-yet-clueless parents, a seventeen-year-old African American honors student tries to keep secret that her microblog is ghostwritten by a forty-one-year-old white man. Narrators: Jonathan McClain, Cherise Boothe