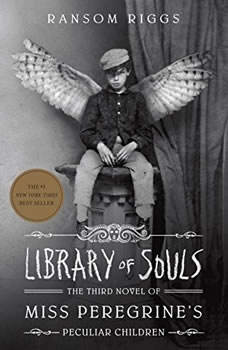 Miss Peregrines Home for Peculiar Children was the surprise bestseller of 2011an unprecedented mix of YA fantasy and vintage photography that enthralled readers and critics alike. This third novel in the series picks up where the action of Hollow City left off. Time is running out for the Peculiar Children. With a dangerous madman on the loose and their beloved Miss Peregrine still in danger, Jacob Portman and Emma Bloom are forced to stage the most daring of rescue missions. Theyll travel through a war-torn landscape, meet new allies, and face greater dangers than ever. Will Jacob come into his own as the hero his fellow Peculiars know him to be? This action-packed adventure features more than fifty all-new Peculiar photographs on a bonus PDF.

The Last Apprentice: Rise of the Huntress (Book 7)
by Joseph Delaney

Things can never be the same again.The Spook and his apprentice, Thomas Ward, have returned to the county after a long journey and a hard battle. But their troubles are far from over. Their home has been over-run by enemy soldiers. The Spook's hous...