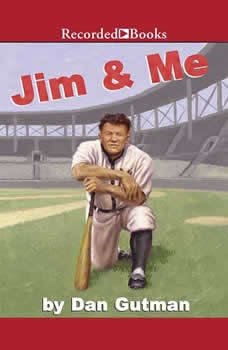 Prolific young adult author Dan Gutman has hit home runs with many boys thanks to his spectacular baseball fan time-traveling tales-including Babe & Me and Honus & Me. Jim & Me finds Stosh and his nemesis Bobby Fuller joining forces to help one of their heroes. Native American baseball legend Jim Thorpe was an Olympic champion-but then lost his medals due to scandal. Now only Stosh and Bobby have the power to change history and give Jim the legacy he deserved.

For the millions of children around the world who loved The Island of the Blue Dolphins, Scott O'Dell continues the breathtaking story of Karana, a Native American woman stranded on an island off the coast of California. O'Dell mixes stirring drama ...

Jim & Me
The Baseball Card Adventures #8

Ted and Me
The Baseball Card Adventures

Honus & Me
The Baseball Card Adventures #1