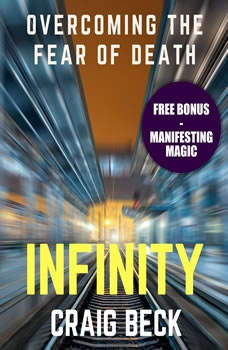 Birth and death are the only two events that we all share. One is remembered and acknowledged every year and is considered a joyful celebration to enjoy. The other we bury deep in our subconscious and never talk of it. We don’t just forget that we are going to die but rather most of us spend a lifetime passively terrified by the mere thought of it. Death is coming to us all and it’s doesn’t care how much money or status you have. As the saying goes ‘nobody is getting out of this alive’ so if you want to ever be truly at peace in this lifetime the first and most important step is to accept your eventual death as readily as you do your birth. Western society has stuck its head in the sand and prefers the universal pretense that death really doesn’t exist; it is just something that happens to other people. Our every dealing with it is sanitized. We don’t even like to talk about people dying, instead we dilute it by referring to it as passing on etc. We don’t talk about it and we don’t accept it because for most people the thought of the end is our biggest and most horrific fear. In this profound and life shifting book, new thought author Craig Beck takes on this most taboo of subjects. He shows you why you have nothing to be afraid of and how you can find peace in the knowledge and acceptance of death. Not just of those who you share you life with but also the thought of ultimately your own death. Discover: • The power of now – living in the moment. • Limitless mindset and potential. • The reassurances revealed by palliative care nurses. • Peace and happiness beyond your dreams. • Healing rifts and problem relationships. • Living life to your full potential. • The peace revealed by Near Death Experiences. • Understanding and coping with death and grief. While many people will avoid this book, due entirely to the subject matter. Those who are brave enough to take the journey will discover a whole new level of peace, purpose and happiness. Free Bonus: Manifesting Magic Part One www.CraigBeck.com

I Can Stop You Drinking: The Happy Sober Solution
by Craig Beck

Millions of hardworking, successful individuals around the world have also fallen into the trap of alcoholism. It has slowly become their go to panacea for the stress and strain of life. However, there is a problem with this little ‘treat&rsqu...

The Powerfully Confident Man: How to Develop Magnetically Attractive Self Confidence
by Craig Beck