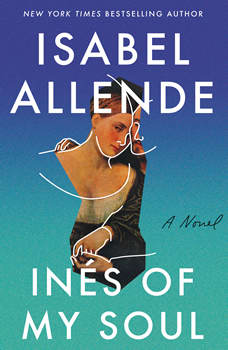 Ines of My Soul: A Novel

A passionate tale of love, freedom, and conquest from the New York Times bestselling author of The House of the Spirits, Isabel Allende.

Born into a poor family in Spain, Ines Suarez, finds herself condemned to a life of poverty without opportunity as a lowly seamstress. But it's the sixteenth century, the beginning of the Spanish conquest of the Americas. Struck by the same restless hope and opportunism, Ines uses her shiftless husband's disappearance to Peru as an excuse to embark on her own adventure. After learning of her husband's death in battle, she meets the fiery war hero, Pedro de Valdivia and begins a love that not only changes her life but the course of history.

Based on the real historical events that founded Chile, Allende takes us on a whirlwind adventure of love and loss seen through the eyes of a daring, complicated woman who fought for freedom.