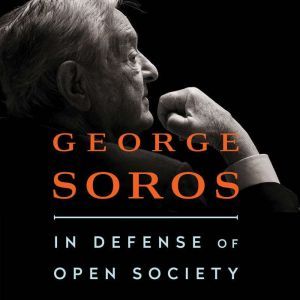 In Defense of Open Society

An impassioned defense of open society, academic and media freedom, and human rights.George Soros -- universally known for his philanthropy, progressive politics, and investment success--has been under sustained attack from the far right, nationalists, and anti-Semites in the United States and around the world because of his commitment to open society and liberal democracy.In this brilliant and spirited book, Soros brings together a vital collection of his writings, some never previously published. They deal with a wide range of important and timely topics: the dangers that the instruments of control produced by artificial intelligence and machine learning pose to open societies; what Soros calls his "political philanthropy"; his founding of the Central European University, one of the world's foremost defender of academic freedom; his philosophy; his boom/bust theory of financial markets and its policy implications; and what he calls the tragedy of the European Union. Soros's forceful affirmation of freedom, democracy, the rule of law, human rights, social justice, and social responsibility as a universal idea is a clarion call-to-arms for the ideals of open society.