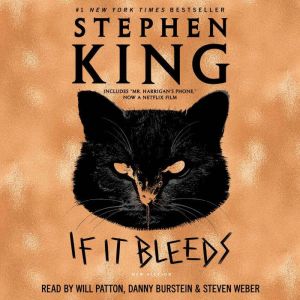 From #1 New York Times bestselling author, legendary storyteller, and master of short fiction Stephen King comes an extraordinary collection of four new and compelling novellas—Mr. Harrigan’s Phone, The Life of Chuck, Rat, and the title story If It Bleeds—each pulling you into intriguing and frightening places. The novella is a form King has returned to over and over again in the course of his amazing career, and many have been made into iconic films, including “The Body” (Stand By Me) and “Rita Hayworth and Shawshank Redemption” (Shawshank Redemption). Like Four Past Midnight, Different Seasons, and most recently Full Dark, No Stars, If It Bleeds is a uniquely satisfying collection of longer short fiction by an incomparably gifted writer.