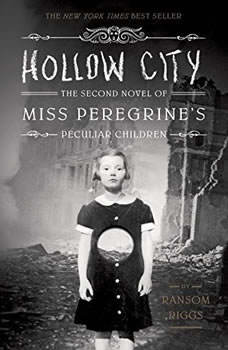 Miss Peregrine's Home for Peculiar Children was the surprise bestseller of 2011-an unprecedented mix of YA fantasy and vintage photography that enthralled readers and critics alike. Publishers Weekly called it "an enjoyable, eccentric read, distinguished by well-developed characters, a believable Welsh setting, and some very creepy monsters."This second novel begins in 1940, immediately after the first book ended. Having escaped Miss Peregrine's island by the skin of their teeth, Jacob and his new friends must journey to London, the peculiar capital of the world. Along the way, they encounter new allies, a menagerie of peculiar animals, and other surprises.Complete with dozens of newly discovered (and thoroughly creepy) vintage photographs, this new adventure will delight fantasy readers of all ages. An Amazon Best Book of the Month for January 2014. A New York Times bestseller. Winner of the AudioFile Earphones Award. A USA Today bestseller. A Publishers Weekly bestseller.

The Last Apprentice: Rise of the Huntress (Book 7)
by Joseph Delaney

Things can never be the same again.The Spook and his apprentice, Thomas Ward, have returned to the county after a long journey and a hard battle. But their troubles are far from over. Their home has been over-run by enemy soldiers. The Spook's hous...