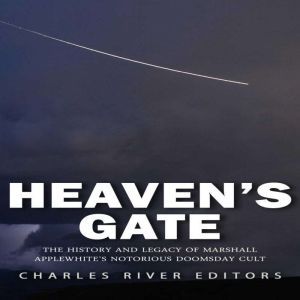 On paper, the extraordinarily unorthodox ideology spouted by Heaven's Gate ranks near the top of the list of most outlandish end-of-the-world prophecies, and it was built on a blend of Christian, Gnostic, supernatural, New Age, and extraterrestrial lore. Although the cult did not speak in Christian terms, it was clearly apocalyptic, and its belief system was a strange mix between science fiction and the basic message of Revelation. The cult’s leader, Marshall Applewhite, and his female companion, Bonnie Nettles, concluded that they were the two witnesses mentioned in Revelation 11:3-4: “And I will give power to my two witnesses, and they will prophesy one thousand two hundred and sixty days, clothed in sackcloth. These are the two olive trees and the two lampstands standing before the God of the Earth.”

Applewhite believed the Earth would be transformed and renewed, and that evil entities (not beasts, but in this case, aliens) called Luciferans conspired against humanity. In his view, the elect members of Heaven's Gate would be taken up to a spaceship when the hour came. The opportunity to join the Rapture arrived with the passing of comet Hale-Bopp in 1997. Applewhite told his congregation that a spaceship was following the comet, and that the event would mark the closure of the gates of Heaven, making the spaceship the last opportunity to leave Earth. Over the course of three days, 39 members committed ritual mass suicide, all dressed identically, to be taken up by the UFO.

Heaven’s Gate: The History and Legacy of Marshall Applewhite’s Notorious Doomsday Cult chronicles the notorious cult and the mass suicide.