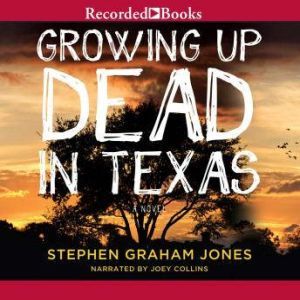 Growing Up Dead in Texas

PUBLISHER'S WEEKLYJones combines memoir and mystery in his latest novel (after Zombie Bake-Off), returning to his hometown of Greenwood, Texas, to explore a decades-old crime that would rend a community irrevocably asunder. In 1985, when the author is just 12 years old, a suspicious fire decimates Greenwood's cotton crop and threatens many of the townsfolk's livelihoods. Local teen Tommy Moore is caught in the field with an incriminatingly lit cigarette, and his savage beating by a descendant of the community's largest landowning family kicks off a tragic cycle of retribution that exacerbates longstanding conflicts amongst the people of Greenwood. Drawing from memory, interviews, and town legend, Jones acknowledges that he's an unreliable narrator, and that his story is "piecemeal, secondhand, polluted, cleaned-up then tore down." The book is an ambitious hybrid of fact and myth, past and present, that calls into question the nature of truth itself. While its sprawling web of characters and story lines may seem convoluted at times, the novel is unified by Jones's rhythmic prose and his evident compassion for his former neighbors' tragedies--both personal and pastoral. (June)Reviewed on: 09/03/2012  We write novels and maybe read them to feel briefly new and alive. But novels are always taking us back through the pasts none of us want to admit. Growing up Dead in Texas is that thrilling resurrection--the life inside death and the death inside life. Trust me. I lived in West Texas. Stephen Graham Jones' book took my breath away and gave it back to me. This book is brilliant. -- Lidia Yuknavitch Like finding my own diary from the years I'd forgotten, blacked out. Not so much reading, but more like remembering events I hadn't actually lived through. I can't say enough good things about this book.   --  Craig Clevenger It was a fire that could be seen for miles, a fire that split the community, a fire that turned families on each other, a fire that it's still hard to get a straight answer about. A quarter of a century ago, someone held a match to Greenwood, Texas's cotton.
Stephen Graham Jones was twelve that year. What he remembers best, what's stuck with him all this time, is that nobody ever came forward to claim that destruction.

And nobody was ever caught.

Greenwood just leaned forward into next year's work, and the year after that, pretending that the fire had never happened. But it had.

This fire, it didn't start twenty-five years ago. It had been smoldering for years by then. And everybody knew it. Getting them to say anything about it's another thing, though. Some secrets were buried on purpose.

Now Stephen's going back the only way he knows how: with a pen. His first time back since he graduated high school. There's questions to be asked, there's stories to be recorded, and pieces of other stories that can be put together.

Packed with small-town paranoia, mystery, and more secrets than your average graveyard, Growing Up Dead in Texas is Stephen Graham Jones' breakout novel. It's a story about farming. It's a story about Texas. It's a story about finally standing up from the dead, and walking away. And then going back one more time, when it's supposed to have been long enough ago already that you can deal with it as just events, as just facts.

In the tradition of Robert McCammon's A Boy's Life and Tobias Wolff's This Boy's Life, Growing up Dead in Texas is a narrative lens onto the past, to see where things started. And where they keep starting again and again.