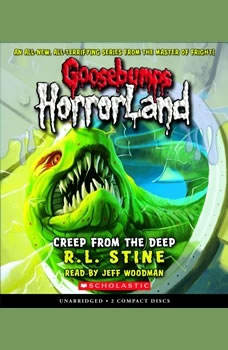 Goosebumps HorrorLand #2: Creep from the Deep

Billy and Sheena always expect adventure when they join their uncle, Dr. Deep, aboard his hi-tech boat. What they don't expect is a treasure hunt leading to a 200-year-old sea captainwho refuses to stay dead! Just when they think the tide is turning, Billy and Sheena accidentally dive into a dangerous mystery. A chilling surprise awaits them in HorrorLand, the theme park where their worst nightmare is about to come to life.

The Second Civil War was fought over reproductive rights. The chilling resolution: Life is inviolable from the moment of conception until age thirteen. Between the ages of thirteen and eighteen, however, parents can have their child “unwound,&...