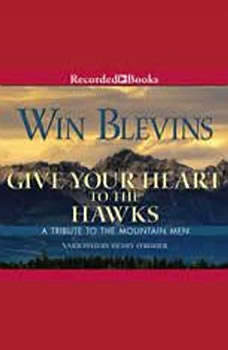 Give Your Heart to the Hawks: A Tribute to the Mountain Man

Acclaimed author Win Blevins’ Stone Song won the Spur Award and the Mountains and Plains Booksellers Award. In Give Your Heart to the Hawks, Blevins offers a tribute to the “first Westerners” who explored the Great American West. Stories include those of John Colter, who escaped captivity by the Blackfeet Indians and Hugh Glass, who was mauled by a grizzly bear and crawled 300 miles for help.

In the last three decades of the nineteenth century, an American buffalo herd once numbering 30 million animals was reduced to twenty-three. It was the era of Manifest Destiny, a gilded age that viewed the West as nothing more than a treasure chest ...

The California that Charles Hillinger writes about is not the stereotypical land of movie stars, sensational trials, or tourist snapshots. Instead, he reveals a patchwork of incredible variety and uniqueness in the outoftheway places and everyday pe...