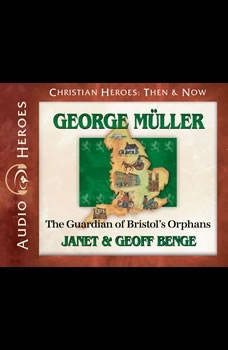 With scarcely enough food or money for his own family, George Müller (1805-1898) opened his heart and home. Sustained by God's provision, the Müller house "Breakfast Club" of thirty orphans grew to five large houses that ultimately over ten thousand children would call home. George Müller trusted God with a depth rarely seen. His faith and generosity set a standard for Christians of all generations.

George Muller: The Guardian of Bris...
Christian Heroes: Then & Now