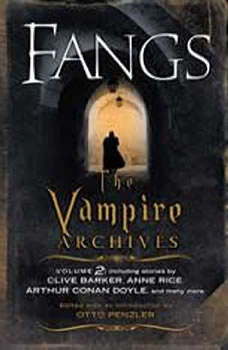 The second immortal volume in this dark and fantastic series, Fangs is a scintillating and sinister collection of vampire stories and part of the now legendary Vampire Archives. Including Clive Barker, Anne Rice, Arthur Conan Doyle, and Many Many More. . .