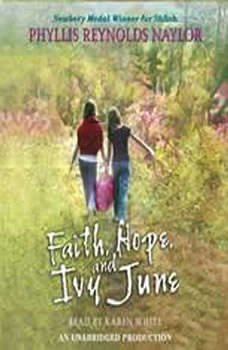 When push comes to shove, two Kentucky girls find strength in each other.

Ivy June Mosely and Catherine Combs, two girls from different parts of Kentucky, are participating in the first seventh-grade student exchange program between their schools. The girls will stay at each other’s homes, attend school together, and record their experience in their journals. Catherine and her family have a beautiful home with plenty of space. Since Ivy June’s house is crowded, she lives with her grandparents. Her Pappaw works in the coal mines supporting four generations of kinfolk. Ivy June can’t wait until he leaves that mine forever and retires. As the girls get closer, they discover they’re more alike than different, especially when they face the terror of not knowing what’s happening to those they love most.