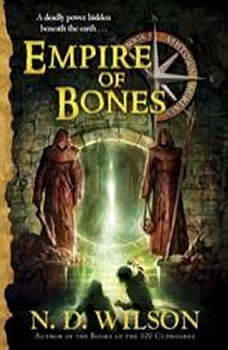 Fans of both Percy Jackson and Indiana Jones will be captivated by the lost civilizations, ancient secrets, and buried treasure found in the third book of the Ashtown Burials series, an action-packed adventure by the author of 100 Cupboards.

Cyrus and Antigone Smith have thwarted Dr. Phoenix’s plans—for the moment. They’ve uncovered a new threat from the transmortals and managed to escape with their lives. Their next adventure will take them deep into the caves below Ashtown, where they will look for help from those imprisoned in one of Ashtown’s oldest tombs.