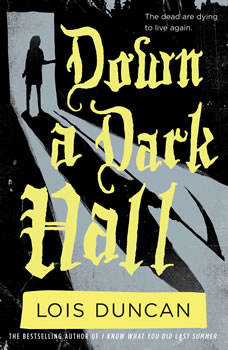 Down a Dark Hall

A paranormal rollercoaster ride with goosebumps at every turn--now a motion picture starring Uma Thurman and Anna Sophia Robb! Kit Gordy sees Blackwood Hall towering over black iron gates, and she can't help thinking, This place is evil. The imposing mansion sends a shiver of fear through her. But Kit settles into a routine, trying to ignore the rumors that the highly exclusive boarding school is haunted. Then her classmates begin to show extraordinary and unknown talents. The strange dreams, the voices, the lost letters to family and friends, all become overshadowed by the magic around them.When Kit and her friends realize that Blackwood isn't what it claims to be, it might be too late.