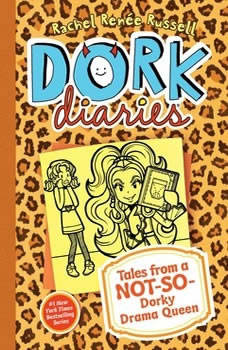 Nikki Maxwell’s worst nightmare comes true in book nine of the #1 New York Times bestselling Dork Diaries series!A certain member of the CCP girls Dork fans know all about has gotten her hands on Nikki’s diary and has decided to share some thoughts of her own…Find out what happens when Nikki’s worst nightmare becomes a reality. Welcome to MacKenzie’s world!!