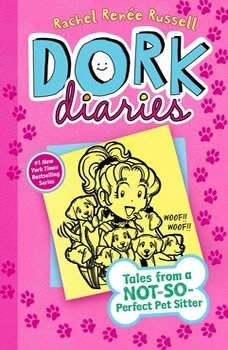 Nikki and her friends Brandon, Chloe, and Zoey are teamed up on an important mission in the tenth book in the #1 New York Times bestselling Dork Diaries series.Nikki has to hide seven ADORKABLE puppies from two parents, one nosy little sister, an entire middle school, and…one mean girl out for revenge, MacKenzie Hollister. If anyone can do it, it’s Nikki…but not without some hilarious challenges along the way!