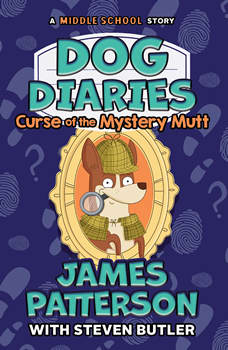 There's a mystery mischief-maker on the loose in Hills Village! Can Junior solve the mystery before disaster strikes?Junior is loving his life with the Khatchadorian family. But his idyllic life soon turns to terror when a mysterious individual begins to make trouble in the neighborhood. It starts with a mysterious howling in the night. And when Junior's pooch pals realize their favorite toys are missing, things get serious.Junior thinks he knows what is happening. He's heard of a mysterious creature called the Howly Wiener that visits town once a year and fills the street with monsters. With only a few days until the Night of the Howly Wiener, can Junior come up with a plan to protect himself and his pooch pals and stop the mischief for good?