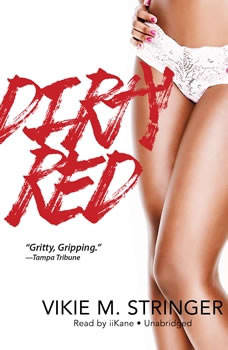 From Vickie Stringer, the "queen of urban fiction" (Publishers Weekly), comes a scorching tale of love, lies, loss, and the indomitable spirit of a woman scorned. Mischievous and manipulative, eighteen-year-old Red is an expert at deception with a provocative femininity. She employs her dirty ways-even faking a pregnancy with her boyfriend-to win a closetful of Gucci bags, a deluxe condominium full of baby accessories, a new car, and a book deal. But when one of Red's scams backfires and she winds up truly pregnant by her inmate ex-boyfriend, Bacon, she finds herself in more trouble than she's ever known.The drama truly unravels when Red's picture-perfect cons fall apart due to-surprisingly-the power of love.

Have you ever wanted something so bad you was willing to crawl over bodies to get it? I mean, fiend for it so hard it didnt matter who you hurt, how low you had to scrape, it was gonna be yours? Thats what music and balling did for me. They were the...

Red, the infamous expert of deception, is still up to no good, but faces challenges to baffle even the most clever hustler. Still, Red stops at nothing to outwit her adversaries and avoid being caught by either the law or the outlaws.In Still Dirty,...

Dirtier Than Ever
The Dirty Red Series #3