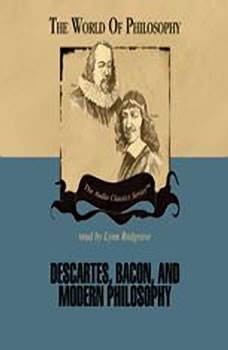 Rene' Descartes (15961650), the father of modern rationalism, abandoned traditional paths to knowledge and developed a new method of seeking truth. Descartes doubted everything to eliminate preconceptions, and to test all candidates for true knowledge but he discovered he could not doubt his own existence as a conscious being. Through rigorous selfexamination, he offered an account of the nature and reality of mind, body, God, and their interconnections. He aimed to affirm human individuality, freedom, and spirituality in a way that was consistent with his revolutionary, unified, mathematical approach to science. Descartes argued that philosophies based on sense experience are unreliable; he said that the human soul and God can and must be known before we know anything about the physical world. He noted that our capacity for error results from the gift of free will but he argued that by using his method for seeking knowledge we can infallibly know the timeless nature of things. Descartes said that humans are not merely physical beings; each of us is a composite, in which an unthinking, spatially extended, physical body is combined with a free, conscious, nonspatial mind or soul (which is the true self). The body and soul intimately interact, yet each can exist separately so it's metaphysically possible that the soul may survive the death of the body. Francis Bacon (15611626) pioneered the other major earlymodern philosophical method known as empiricism; unlike Descartes, Bacon based all genuine knowledge on sense experience. He said the growth of knowledge is inhibited by faulty assumptions, habits of mind and methods of investigation, and he developed experimental procedures to enable otherwise limited human minds to interpret nature correctly.