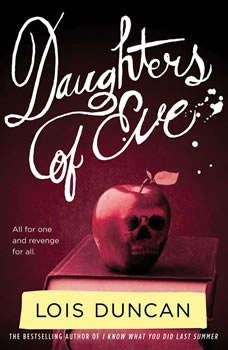 The girls at Modesta High School feel like they're stuck in some anti-feminist time warp-they're faced with sexism at every turn, and they've had enough. Sponsored by their new art teacher, Ms. Stark, they band together to form the Daughters of Eve. It's more than a school club-it's a secret society, a sisterhood. At first, it seems like they are actually changing the way guys at school treat them. But Ms. Stark urges them to take more vindictive action, and it starts to feel more like revenge-brutal revenge. Blinded by their oath of loyalty, the Daughters of Eve become instruments of vengeance. Can one of them break the spell before real tragedy strikes?