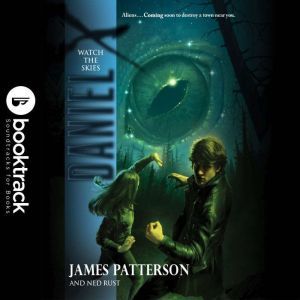 Daniel X: Watch the Skies: Booktrack Edition adds an immersive musical soundtrack to your audiobook listening experience! *It's a dangerous time for Daniel X-and when he's cast in an evil director's TV show, he must fight to stay alive.Daniel X thought he'd seen it all in his dangerous days of hunting outlaws-but there's no business like show business, and Number Five on his list of deadly targets is the most appalling criminal yet. An intergalactic reality television producer has orchestrated the extermination of millions, with a soundtrack and laugh track to accompany it. The evil entertainer's catching it all on film, and he's looking for a big-ticket draw. Who better to star than the Alien Hunter himself? Daniel finds himself cast in the lead role of a terrifying season premiere . . . of the gravest show on Earth.Can Daniel X stop this deranged outlaw-or will he find himself on the cutting room floor?*Booktrack is an immersive format that pairs traditional audiobook narration to complementary music. The tempo and rhythm of the score are in perfect harmony with the action and characters throughout the audiobook. Gently playing in the background, the music never overpowers or distracts from the narration, so listeners can enjoy every minute. When you purchase this Booktrack edition, you receive the exact narration as the traditional audiobook available, with the addition of music throughout. 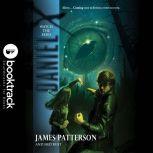 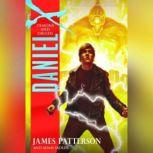