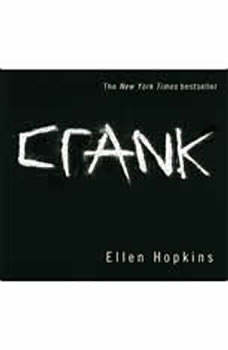 Kristina Georgia Snow is the perfect daughter: gifted high school junior, quiet, never any trouble. But on a trip to visit her absentee father, she meets a boy who introduces her to crank. At first she finds it freeing, but soon Kristina's personality disappears inside the drug. What began as a wild, ecstatic ride turns into a struggle through hell for her mind, her soul, and her life.

Fifteen-year-old Kendra hasnt felt safe since she began to recall devastating memories of childhood sexual abuse, especially because she still cant remember the most important detail: her abusers identity. Frightened, Kendra believes someone is alwa...

The Birdcatcher
by Kristina Dunker

Nell Pestowsky takes risks. Like the night she jumped from a rooftop into a lake at a party — in nothing but her underwear. She wasn’t trying to cause trouble, but that jump set off an unstoppable chain of events, ending with her boyfrie...

Out of Reach
by Carrie Arcos

How do you find someone who doesn't want to be found? A girl searches for her missing addict brother while confronting her own secrets in this darkly lyrical novel. Rachel has always idolized her older brother Micah. He struggles with addiction, ...

An unusual psychological thriller asks: Is it possible to fix a tragic future by changing the past—while experiencing life backwards?At the moment Dan's life ends, the Rider's begins. Unwillingly tied to Dan, the Rider finds himself moving bac...

Mrs. Piggle-Wiggle lives in an upside-down house and smells like cookies. She was even married to a pirate once. Most of all, she knows everything about children. She can cure them of any ailment. Patsy hates baths. Hubert never puts anything away. ...

On the night of October 6, 1998, a gay twenty-one-year-old college student named Matthew Shepard was lured from a Wyoming bar by two young men, savagely beaten, tied to a remote fence, and left to die. Gay Awareness Week was beginning at the Univers...

Pete the Cat and the Missing Cupcakes
by James Dean

No Castles Here
by A.C.E. Bauer

AUGIE BORETSKI KNOWS how to get by. If you're a scrawny loser in the destitute city of Camden, New Jersey, you keep your head down, avoid the drug dealers and thugs, and try your best to be invisible. Augie used to be good at that, but suddenly his ...

I was a little unsure when I received this book and looked at the writing format for it. However once I started reading this I really couldn't stop. The beginning was a little slow but it picked up and I didn't stop. It was an enjoyable fast read and I am looking forward to her other novels out.