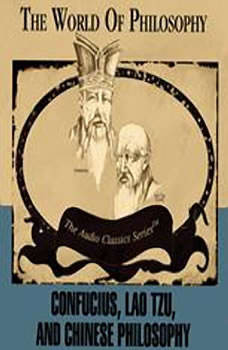 The golden age of Chinese philosophy dates from the birth of Confucius (551 BC) until China was unified (and learning suppressed) in 221 BC. China's great Confucian philosophers were Confucius, Mengzi, and Xunzi. With a few exceptions, Confucianism has been the reigning paradigm for Chinese philosophy for over 2,000 years. Its central concepts are li (the proper ordering of society through rituals or ceremonies) and zhen (the proper ordering of the self through humaneness, benevolence, and love). Under such masters as Laozi (Lao Tzu) and Zhuangzi, Daoism (also known as Taoism) influenced Chinese thought with its doctrine of yinyang, which symbolizes the interdependence of opposites (such as male/female, good/evil, etc.). The Dao (Tao) which means "the Way", also involves emptiness, absence, spontaneous action, and forgetting (rather than the rituals, learning, and prescriptive moral and social activities that Confucianism emphasized). The Daoist rejects power and control, instead accepting and ecstatically affirming things as they are. Daoism is a doctrine of nonresistance, of "going with the flow" by being so deeply immersed in an activity that you become one with it. The Daoist concept of enlightenment also helped shape the Chinese philosophy known as Chan Buddhism, which rejects consciousness and selfawareness. The Chan Buddhist gives up on "figuring things out," instead emphasizing meditative exercises and devices such as koans. This philosophy is known in Korea as Son, and in Japan and the West as Zen Buddhism.

Confucius, Lao Tzu, and the Chinese...
The World of Philosophy Series