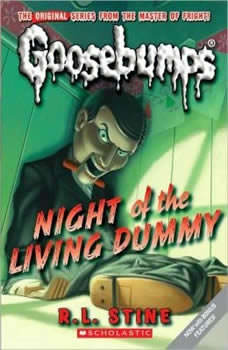 Something scary is happening in GOOSEBUMPS HORRORLAND, the all-new, all-terrifying series by R. L. Stine. Just how scary? You'll never know unless you crack open this classic prequel! Discover the fan-favorite thriller and chiller that first introduced the world to the wooden face of fear. The puppet who pulls all the strings. None other than Slappy the Dummy!

The Second Civil War was fought over reproductive rights. The chilling resolution: Life is inviolable from the moment of conception until age thirteen. Between the ages of thirteen and eighteen, however, parents can have their child “unwound,&...