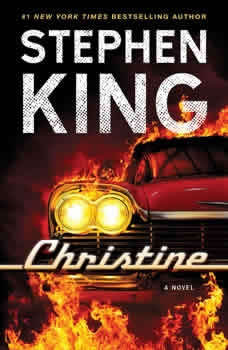 Praise for Christine "Vintage King...breathtaking...awesome. Carries such momentum the reader must force himself to slow down."-The New York Times Book Review "Dazzlingly well-written."-The Indianapolis Star "Terrifying...King is a terrific storyteller."-San Francisco Chronicle "Truly gripping...some of the best writing King has ever done...the master has returned with a vengeance."-Publishers Weekly Evil is alive in Libertyville. It inhabits a custom-painted red and white 1958 Plymouth Fury and the teenage boy, Arnold Cunningham, who buys it. Along with Arnold's girlfriend Leigh Cabot, Dennis Guilder attempts to find out the real truth behind Christine and finds more than he bargained for: from murder to suicide, and a peculiar feeling that surrounds Christine -- she gets even with anyone standing in her path. Can Dennis save Arnold from the wrath of Christine?

The Dark Half
by Stephen King