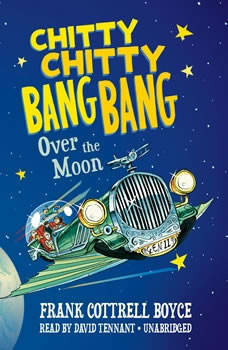 From the award-winning Frank Cottrell Boyce comes the third official sequel to Ian Fleming's Chitty Chitty Bang Bang.The Tootings are stuck in 1966! Somebody has stolen Chitty Chitty Bang Bang and left them behind-but that's not their biggest problem. Their biggest problem is that Little Harry has been kidnapped by whoever stole their magical car. There's only one solution: the Tootings must find the Potts-the family that originally built Chitty. Sharing their combined knowledge of how Chitty works, the families may stand a chance of rescuing Little Harry and finding the most brilliant car in the world. But a fiendish criminal has different plans, ones that involve flying Chitty Chitty Bang Bang to the moon and putting an explosive scheme into action.