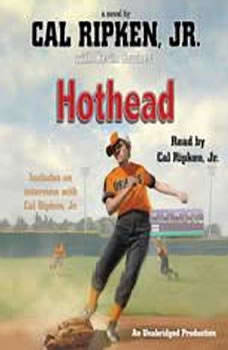 Connor Sullivan is too humble to admit it, but he’s the Orioles’ best player: an all-star shortstop and a beast of a cleanup hitter. The Orioles are thankful to have someone with his skill, dedication, and good nature on their Babe Ruth League team. Lately, though, Connor hasn’t been so good-natured. Maybe he’s worried about things at home, or maybe he’s just been working too hard—whatever the reason, his anger is out of control. When he strikes out or makes an error, he’s a walking Mount Vesuvius, slamming his batting helmet and throwing his glove. His opponents dub him “Psycho Sully.” Even his best friend, Jordy, starts to avoid him. Coach Hammond is ready to bench him indefinitely.

Then the sports editor of the school paper threatens to do a big story on Connor’s tantrums—complete with embarrassing photos. Will Connor be able to get his act together in time to help the team win the championship, or is he destined to become a champion chump on YouTube?

This story, loosely based on a challenge Cal Ripken, Jr. once faced, is filled with plenty of play-by-play action to keep baseball fans riveted.