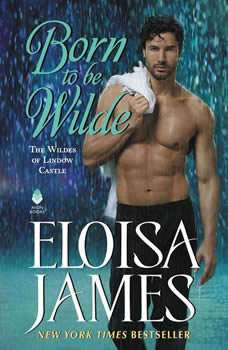 Born to Be Wilde: The Wildes of Lindow Castle

The richest bachelor in England plays matchmaker…for an heiress he wants for himself! For beautiful, witty Lavinia Gray, there’s only one thing worse than having to ask the appalling Parth Sterling to marry her: being turned down by him.Now the richest bachelor in England, Parth is not about to marry a woman as reckless and fashion-obsessed as Lavinia; he’s chosen a far more suitable bride. But when he learns of Lavinia's desperate circumstances, he offers to find her a husband. Even better, he’ll find her a prince.As usual, there’s no problem Parth can’t fix. But the more time he spends with the beguiling Lavinia, the more he finds himself wondering…Why does the woman who’s completely wrong feel so right in his arms?

I Love the Earl
by Caroline Linden