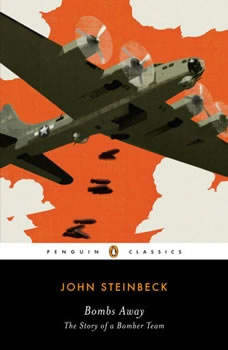 Bombs Away: The Story of a Bomber Team

On the heels of the enormous success of his masterwork The Grapes of Wrath and at the height of the American war effort John Steinbeck, one of the most prolific and influential literary figures of his generation, wrote Bombs Away, a nonfiction account of his experiences with U.S. Army Air Force bomber crews during World War II. Now, for the first time since its original publication in 1942, Penguin Classics presents this exclusive edition of Steinbeck's introduction to the then-nascent U.S. Army Air Force and its bomber crew--the essential core unit behind American air power that Steinbeck described as "the greatest team in the world."

For more than seventy years, Penguin has been the leading publisher of classic literature in the English-speaking world. With more than 1,700 titles, Penguin Classics represents a global bookshelf of the best works throughout history and across genres and disciplines. Readers trust the series to provide authoritative texts enhanced by introductions and notes by distinguished scholars and contemporary authors, as well as up-to-date translations by award-winning translators.

Bombs Away: The Story of a Bomber T...
Penguin Audio Classics