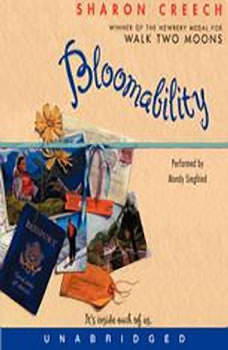 My second life began when I was kidnapped by two complete strangers . . . That the kidnappers are actually Aunt Sandy and Uncle Max makes no difference to thirteen-year-old Domenica Santolina Doone, better known as Dinnie--she just doesn't want to go. Dinnie's accustomed to change, with her family constantly moving for "opportunity"--but when her aunt and uncle whisk her far away to an international school in Switzerland, she's not sure she's ready to face this "opportunity" alone.All at once she finds herself in a foreign country, surrounded by kids from different cultures speaking all sorts of languages and sharing various beliefs. Home and her first life seem so far away.But new friendships and the awesome beauty of Switzerland begin to unlock thoughts and dreams within her. Her joys and struggles make up a rich tapestry of experiences she can find nowhere else. Switzerland begins to be more than a temporary home--it becomes a part of Dinnnie herself, the self she never knew she could be.Switzerland is the picturesque backdrop of Newbery Medal winner Sharon Creech's new novel about a young girl discovering the beauty of nature, her place in the world, the value of friendship--and that life is full of wonderful "bloomabilites."