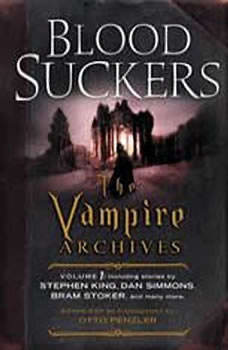 The Vampire Archives is the scariest, hungriest, undeadliest collection of vampire stories ever assembled. Dark, stormy, and delicious, once you’re in its clutches there's no escape. From the first to last bite, it's a bloody good read.

Including Stephen King, Tanith Lee, Dan Simmons, Bram Stoker, and Many Many More