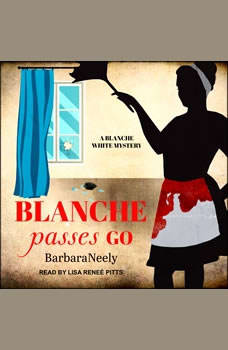 The fourth, ground-breaking mystery featuring African-American maid and amateur sleuth Blanche White by Agatha, Anthony, and Macavity Award winning author Barbara Neely Blanche White returns to Farleigh, North Carolina, for the summer to help her best friend with her catering business. It's a homecoming rich with the potential for new romance and fraught with the pain of facing the man who raped her at knife-point years ago but was never prosecuted for the crime. Shortly after Blanche arrives, a young woman is murdered and the clues point to the rapist. Blanche investigates, determined not to let him get away with another crime . . . nor is she willing to let his money-hungry sister marry a sweet, mentally-challenged man for his wealth. With her usual persistence, feisty wit, and indomitable spirit, her quest for the truth reveals the racism and sexism that still permeate the new south, but also the conflicts that divide her own family . . . and that might prevent her from accepting the love she so richly deserves.

Blanche on the Lam
Blanche White #1