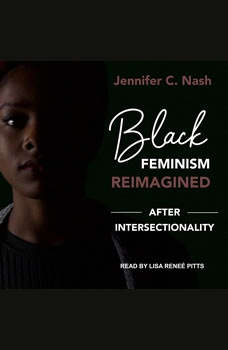 The highly acclaimed, provocative New York Times bestseller from the award-winning author of Americanah, “one of the world’s great contemporary writers” (Barack Obama). In this personal, eloquently-argued essay&...

Dear Ijeawele, or A Feminist Manifesto in Fifteen Suggestions
by Chimamanda Ngozi Adichie

New York Times Best SellerA Skimm Reads PickAn NPR Best Book of 2017From the best-selling author of Americanah and We Should All Be Feminists comes a powerful new statement about feminism today--written as a letter to a friend. A few years ago, Chim...

The Secret History of Wonder Woman
by Jill Lepore

A riveting work of historical detection revealing that the origin of one of the world’s most iconic superheroes hides within it a fascinating family story—and a crucial history of twentieth-century feminismWonder Woman, created in 1941, ...

“Abby is a relatable revolutionary — with WOLFPACK, she inspires the confidence, leadership and sisterhood we all so desperately need right now.” — Amy SchumerThis program is read by the author.Based on her inspiring, viral 2...

In Living a Feminist Life Sara Ahmed shows how feminist theory is generated from everyday life and the ordinary experiences of being a feminist at home and at work. Building on legacies of feminist of color scholarship in particular, Ahmed offers a...

Fed Up
by Gemma Hartley

A rousing call to arms, packed with surprising insights, that explores how carrying "the mental load"—the thankless day-to-day anticipating of needs and solving of problems large and small—is adversely affecting women’s lives and ...

The Sisters Are Alright
by Tamara Winfrey Harris

GOLD MEDALIST OF FOREWORD REVIEWS' 2015 INDIEFAB AWARDS IN WOMEN'S STUDIESWhat's wrong with black women? Not a damned thing!The Sisters Are Alright exposes anti–black-woman propaganda and shows how real black women are pushing back against dis...

Why I Am Not A Feminist
by Jessa Crispin

Outspoken critic Jessa Crispin delivers a searing rejection of contemporary feminism… and a bracing manifesto for revolution. Are you a feminist? Do you believe women are human beings and that they deserve to be treated as such? That women de...

Comedians Corinne Fisher and Krystyna Hutchinson started Guys We F*cked: The Anti Slut-Shaming Podcast in 2013, intending to interview guys they'd slept with to learn more about themselves and squash the stigma so often associated with sexual women...