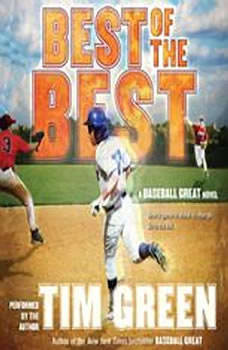 Best of the Best: A Baseball Great Novel

Josh is still flying high from his team's tournament win at Coopers­town when his parents start talking about a divorce. Now his dad is challenging him to play the best of the best at the Little League World Series in Williamsport, Pennsylvania. But does he just want to get Josh out of the way? Two things are sure: His father's new girlfriend, Diane, is looking to change things, and Josh is determined to get her and her terrible son out of his life. With the help of Benji and Jaden, Josh races to get the facts that can keep his family together—but it's ever harder to concentrate on the game and make the winning plays that will lead his team to victory.In his compelling style, Tim Green delivers great sports action and more—a fast-paced adventure about friendship, the power of becoming a team, and finding a way to get what you need when you can't have what you want.