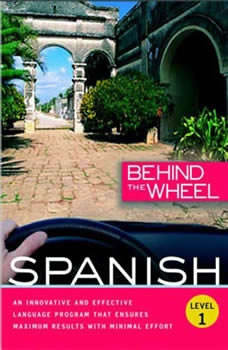 Behind the Wheel - Spanish 1

Author: Behind the Wheel, Mark Frobose

Behind the Wheel Spanish Level 1 covers beginning to intermediate level Spanish, providing a flexible, solid and universal foundation in speaking, understanding, and creatively expressing yourself in Spanish. The program features an English speaking instructor to guide you through the lessons and two native Latin American Spanish speakers to aid with your pronunciation. Includes a companion book to reinforce and enhance the audio experience.