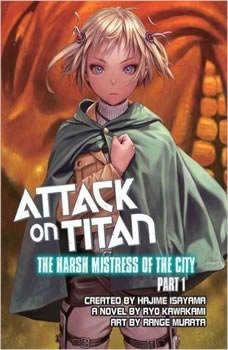 Attack on Titan: The Harsh Mistress of the City, Part 1

A YA fantasy title based off the best-selling manga Attack on Titan. With Wall Maria breeched, communities within the Quinta district have been cut off from each other creating famine and chaos. A young field commander named Rita is tasked with a mission to reconnect transit across the massive district while putting her troops and residence right in the vanguard as Titans descend on her town.