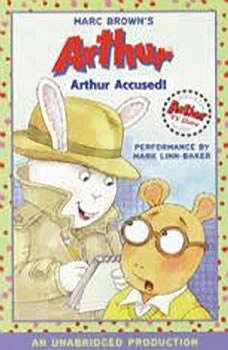 Arthur Accused!
Arthur's heart is in the right place when he collects quarters to buy a Dalmatian for the fire house. But when he is accused of stealing the money, Buster must come to the rescue and solve the mystery.

This collection includes:ARTHUR'S FAMILY VACATION: In this Arthur Adventure, our favorite aardvark is unhappy about going on vacation with his family. But when their trip is rained out and the family ends up stuck in a motel, he shows them how to ...

It looks like trouble when the principal asks Arthur to take home a large envelope marked CONFIDENTIAL. His friends try to guess what’s inside. It might just be information on . . . summer school! Will Arthur face the consequences or pretend t...