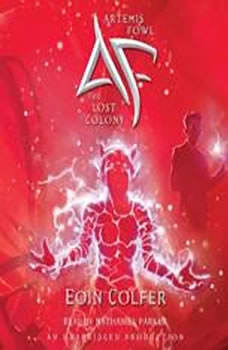 Thousands of years ago, fairies and humans fought a great battle for the magical island of Ireland. When it became clear that they could not win, all of the fairies moved belowground–except for the 8th Family, the demons. Rather than surrender, they used a magical time spell to take their colony out of time and into Limbo. There they have lived for decades, preparing to exact their violent revenge on humans.

Now the time spell is unraveling, and demons are beginning to materialize without warning on Earth. If humans were to find out about them, all fairies would be exposed. To protect themselves, the fairies must predict when the next demon will materialize. But in order to do so, they will have to decipher temporal equations so complicated; even a great brain like Foaly can’t understand them. But he knows someone who can: Artemis Fowl.

So when a very confused demon imp appears in a Sicilian theater, Artemis is there to meet him. But he is not alone. There is someone else who has unlocked the secrets of the fairy world and managed to solve complex mathematical problems as only a genius could. And she is just twelve years old. . .