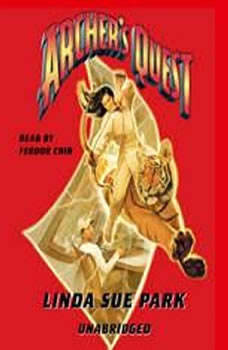 Kevin is trying to remember what he’s supposed to do if there’s an intruder in the house: stay calm, don’t look scared, call 911. At the same time, he’s doing his best to figure out how the heck some guy with a bow and arrows got into the room. The archer’s explanation–“I lost my balance, fell off the tiger, and landed here”–just adds to Kevin’s bewilderment.
The stranger’s astonishing arrival is only the beginning of a dazzling adventure. For the man, whom Kevin calls Archer or Archie, has come from a centuries-old Korean kingdom. And it’s up to Kevin to find a way to send him back through space and time . . . before history is changed forever.