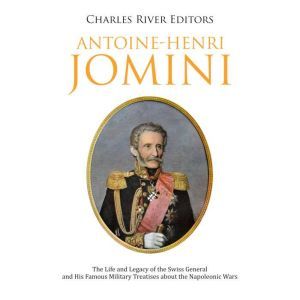 Antoine-Henri Jomini: The Life and Legacy of the Swiss General and His Famous Military Treatises about the Napoleonic Wars

With the exception of Napoleon Bonaparte, few men were more influential on the military tactics and strategy of 19th century warfare than Antoine-Henri Jomini, and yet the introduction for a 1947 English translation of Jomini’s Art of War noted, “The military world that today burns gun-powder at the altar of Clausewitzian doctrine has all but forgotten Antoine-Henri Jomini.” The author of that introduction, Lt. Col. J.D. Little of the US Marine Corps, was right then, and he remains correct today. While Carl von Clausewitz’s aphorisms are still used to support everything from military action to business management, the work of his contemporary writer Jomini has been all but forgotten.

During the Napoleonic Era and throughout the 19th century, however, the situation was very different. Jomini was regarded as the preeminent strategist and writer of his generation, while Clausewitz was virtually unknown outside the General Staff of the Prussian Army. In the intervening period, Clausewitz has come to be regarded as the most important writer and strategic analyst of the period, whereas the writings of Jomini have been discarded and largely ignored. As a result, many military historians and strategists have only recently begun to understand how important Jomini was and how relevant his writings remain today.

In lamenting what had happened to Jomini’s reputation, Little asserted, “No man in the history of war has exerted a greater influence on the development of modern warfare than Napoleon Bonaparte. No man has been more responsible for Napoleon’s influence as Antoine-Henri Jomini.” Again, Little had a point, because unlike Clausewitz, the writings of Jomini had a direct influence on the conduct of wars during the 19th century.