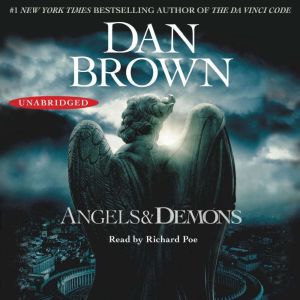 The explosive Robert Langdon thriller from Dan Brown, the #1 New York Times bestselling author of The Da Vinci Code and Inferno—now a major film directed by Ron Howard and starring Tom Hanks and Felicity Jones.An ancient secret brotherhood. A devastating new weapon of destruction. An unthinkable target. World-renowned Harvard symbologist Robert Langdon is summoned to a Swiss research facility to analyze a cryptic symbol seared into the chest off a murdered physicist. What he discovers is unimaginable: a deadly vendetta against the Catholic Church by a centuries-old underground organization—the Illuminati. Desperate to save the Vatican from a powerful time bomb, Langdon joins forces in Rome with the beautiful and mysterious scientist Vittoria Vetra. Together they embark on a frantic hunt through sealed crypts, dangerous catacombs, deserted cathedrals, and the most secretive vault on earth...the long-forgotten Illuminati liar.