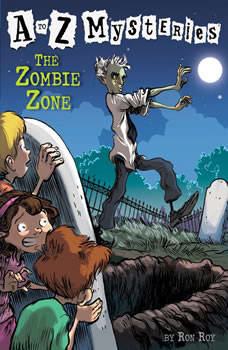 A to Z Mysteries: The Zombie Zone

Help Dink, Josh, and Ruth Rose solve mysteries from A to Z in this chapter book that's perfect for Halloween!

Kids love collecting the entire alphabet and super editions! With over 8 million copies in print, the A to Z Mysteries® have been hooking chapter book readers on mysteries and reading for years. Now this classic kid favorite is back with a bright new look!