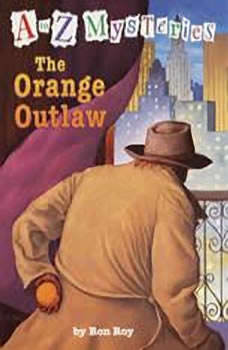 A to Z Mysteries: The Orange Outlaw

Dink, Josh, and Ruth Rose are visiting Dink’s Uncle Warren in New York City when several paintings are stolen from his apartment building. Do the kids have enough clues to catch this crafty—and hungry—crook?